It has been a long time since I last blogged.  I have A LOT to catch up on.  The baby got a bunch of teeth, the toddler says more words, the preschooler decided to give herself a major haircut, the 7-year-old got braces, the 8-year-old turned 9, we MOVED (!!!!!!!!!) but there is something that easily trumps all of those things… and that’s what this post is devoted to.  My story starts a looooooong time ago.  OK, not that long, but still, pretty far back.  In a galaxy far far away, if you will. <— Chris edit

In 1988, a tall lanky 4th grader with floppy beach blond hair played on his first basketball team at the Irvine Boys and Girls club.  His team happened to be the Bulls and at this first practice, his teammates had a shoot out to decide who got first pick at jersey numbers.  Chris ended up winning this shootout and was able to secure the very number everyone was vying for… the same number that Micheal Jordan wore.. #21.  (oops)

In 5th grade he started AAU basketball and just kept going from there.  He attended camps during summers when other kids played with friends, he worked hard on his own and trained hard creating an amazing work ethic on and off the basketball court.  He loved what he was doing.  In High School he played four years of Varsity and was selected 3 times City Player of the year, 3 times All-State First Team.  As a Senior in 1997 he was chosen as McDonald’s All-American, Parade, Slam Magazine & USA Today All-American First Team.  In 1997 his High School team was the Southern California CIF High School Basketball Champions.  He was cheered on strongly the entire time by his dad who knows pretty much everything and always had words of wisdom for him… as well as his mom who consistently belted out her operatic warrior chant.

He then achieved his 1st dream as a basketball player, earning a full ride scholarship and signing to play at Duke University.  He spent 2 years at Duke where he played along side many great players and more importantly made some friends for life. 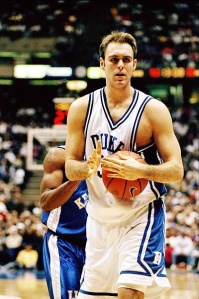 After those 2 years he decided to transfer to the University of Utah to get more playing time and to play for a renowned big man coach, the late Rick Majerus.  Including his transfer redshirt year, he played 2 years at Utah …kind of (so many injuries held him back quite a bit).

Despite being plagued with injuries, his work ethic and determination drove him forward to the next part of his dream, playing professionally.

Let’s not forget an important tangent here.  He then did the smartest thing he would ever do.. he married me.

He spent 4 summers playing in the NBA summer leagues, but wasn’t able to get that foot all the way through the door into a contract.  He opted to play internationally.

This decision would take us both on an incredible life altering journey.

1st stop…Izmir, Tuborg in Izmir, Turkey.  This is where Chris learned the importance of always wearing shower sandals.  Smoking in the showers in the locker room was a good thing because that meant at least the guys were showering.  Our puppy Jango came to the game with us.  And for the rest of our lives we will be able to laugh at the statement… “My name is Mummy” (the answer we got to just about everything from his driver who didn’t speak any English).

2nd, 3rd, & 5th… Cairns Taipans in Cairns, Australia.  Where everything is closed on Mondays (because nobody wants to go to work), The team was sponsored by McDonalds, and so the promotional ad in the local newspaper as well as advertisements around the city, was Chris posting up a Cheeseburger and the caption read “Burgess, fries, and a Coke. Come Watch the Taipans play!” In other words, you could take your ticket stub after the game and get a free fries and coke.  Thus, for the evening you got a Burgess, Fries, and a Coke. This is also where we learned about the sport, cane toad golf.  (Think golf, but in place of a ball on a tee, a warty, disgusting cane toad.) 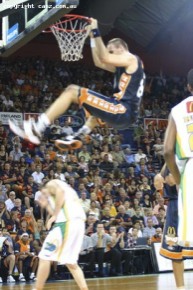 4th… San Miguel Beerman in Manilla, Philippines.  Don’t get sick here or you have to spend the night in a hospital bed that must have been made for a toddler.  If there was a white man in the crowd, the joke was on Chris… ‘Hey is that your brother?’  Apparently we all look alike.  Karma is a funny thing.

6th, 9th, & 15th… Caguas de Criollos in Caguas, Puerto Rico; Carolina Giants in Carolina, Puerto Rico; Guaynabo Mets in Guaynabo, Puerto Rico.  Where the other American teammate would be stoked because he got Chris’s post game beer and would get a ride home.  Where friends in the crowd were all strapped (members of the FBI) and would jump to our aid during fights. 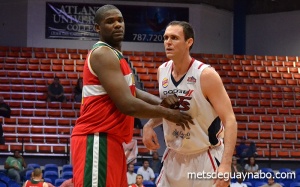 7th.. Hyundai, Mobis Pheobus in South Korea.  Where everyone was amazed with Chris’s age (yes, age).  Where it wasn’t abnormal to have our pictures taken every day and our children’s hair touched.  Where an inch thick pillow to sit on for dinner in restaurants was not nearly enough for Chris and his inflexibility.

8th & 11th… TTNET Beykoz in Istanbul, Turkey and Erdemir Sport in Erdemir, Turkey.  Where you drove defensively and offensively at the same time at all times.  Where it’s ok if your toilet explodes on Christmas because for them, it’s just another working day.  Where delivering our baby daughter Ava only cost $300 (which included the tetanus shot afterward… you know, “just in case”). 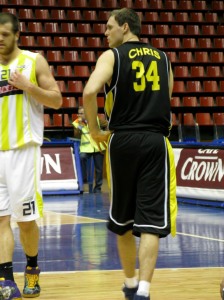 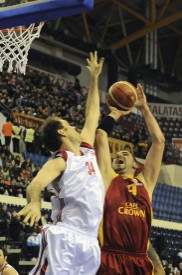 10th… BC Donetsk in Donetsk, Ukraine.  This is where Chris finally learned to drive a stick shift.  This is where if you take your dog for a jog, you get chased by a pack of wild dogs, only to have to return past them and run for your life a 2nd time because you don’t know any other way home.  Where it’s OK to smoke in doctor’s offices.  Basically the best thing that came out of living in Ukraine was being able to continually watch this segment from Seinfeld and still laugh.. http://www.youtube.com/watch?v=Uvuz-hm3XZ8

12th…. Al Wasl in Dubai, UAE.  Where there is always something to do.  Where seeing people in the mall with kids at midnight is totally normal.  Where you sweep off your deck only to find piles of sand on it the next morning.  One of the hottest places we lived, yet the only place our kids have taken snow ski lessons.  Where the kids and I would be 4 of the 7 people in the stands. 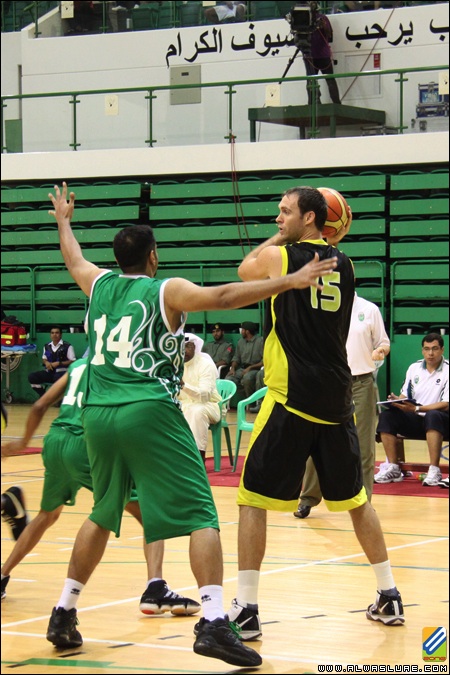 13th & 14th…. Zastal in Zielona Gora, Poland and Trefl Sopot in Sopot, Poland.  Where the winter seemed to last for 8 months straight.  Where we were served Polska sausage on toothpicks as a pregame snack.  And where the doctors wanted me to put my giant baby on a veggie soup diet. 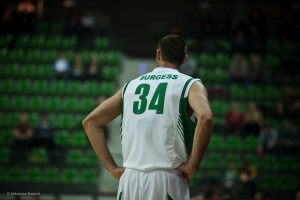 16th… Baniyas in Abu Dhabi, UAE.  Where Chris had as many wins as they had fans… 5.  Where he was a ‘bachelor’ most of the season and a ‘single dad’ for a part of the season.    Where a man draped in all white is surrounded by 4 wives completely covered in black burqas, and a group of Pakistani’s wearing man-jammies with long Bin-Laden beards can all walk around the mall, but Chris is the one being stared at because apparently he is a freak. Where despite playing on the worst team ever, he put up record numbers, ended his career on a championship game win, and walked off the court as a professional player for the last time.

I can’t seem to come up with the right words to end this post.  I’m so proud of Chris and the amazing career he had.  He was always able to leave basketball on the court and come home to his family and be there for us.  I will miss watching him do his thing on the court and feel his excitement after a big win.  There is so much that could be said, maybe should be said.  But the one thing I always come back to is this.. http://www.youtube.com/watch?v=lkIBUZTh2oc 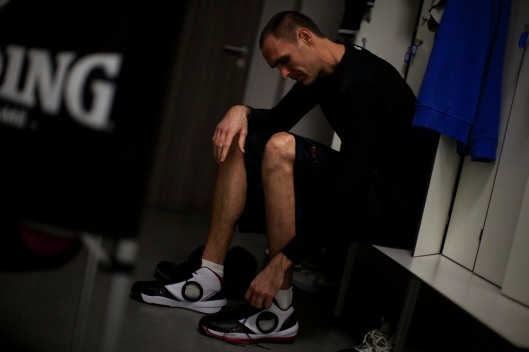 It really is the end of an era.  For the first time since that 4th grade Boys and Girls club, Chris won’t be a player on a team.  He has moved on already into a coaching position at our old home, the University of Utah and is fitting into his new role perfectly.  So for now, we know we will all be living in the same country for the entire next year.  We will spend our first Christmas in years (and our kids’ first Christmas ever) in the United States.  We will have new experiences that are “normal life” for everyone else.  It’s a bit strange, but exciting and we will just see where this new adventure takes us.

Good game Chris.. we love you.